Come and enrich yourself in the most greedy show of the year!
Because “Cash in!”, allows children to earn money.
A lot of money.
Of which you, as a parent, can only dream.

“Cash In!” will be a spectacular show with major prizes, crazy challenges and defying questions in which children decide for themselves how far they’re willing to go to get what they want.

Is there a stop to growth or is it a goal in itself?
How difficult is sharing, really?
Where does desire stop and greed start?
Is more always better by definition?
Money produces money. That’s what they say. If we keep producing more money,
when, then, will there be enough for everybody?

Raising children and making them aware of the value of money is not a simple task.
On the one hand, we want to teach our children responsibility, make them realise
that things don’t just drop down from the sky for free and that everything has its price.
On the other hand, we tell them that not everything is for sale,
That money shouldn’t be a goal in itself and what really matters, is priceless.

Dealing with money, always wanting more, the bigger, the better.
It’s familiar to children and to grown-ups.

“The end of capitalism is near!”. That’s what’s being said, hoped, feared.
So come and grab, grope and possess, while we still can!

A coproduction with DE STUDIO, BRONKS, and Perpodium.
Special thanks to Needcompany en Beeldsmederij De MAAN
With the support of The Flemish Government and the support of the Tax Shelter measure of the Belgian Federal Government.
cie barbarie recieves structural support from the Commission of the Flemish Community 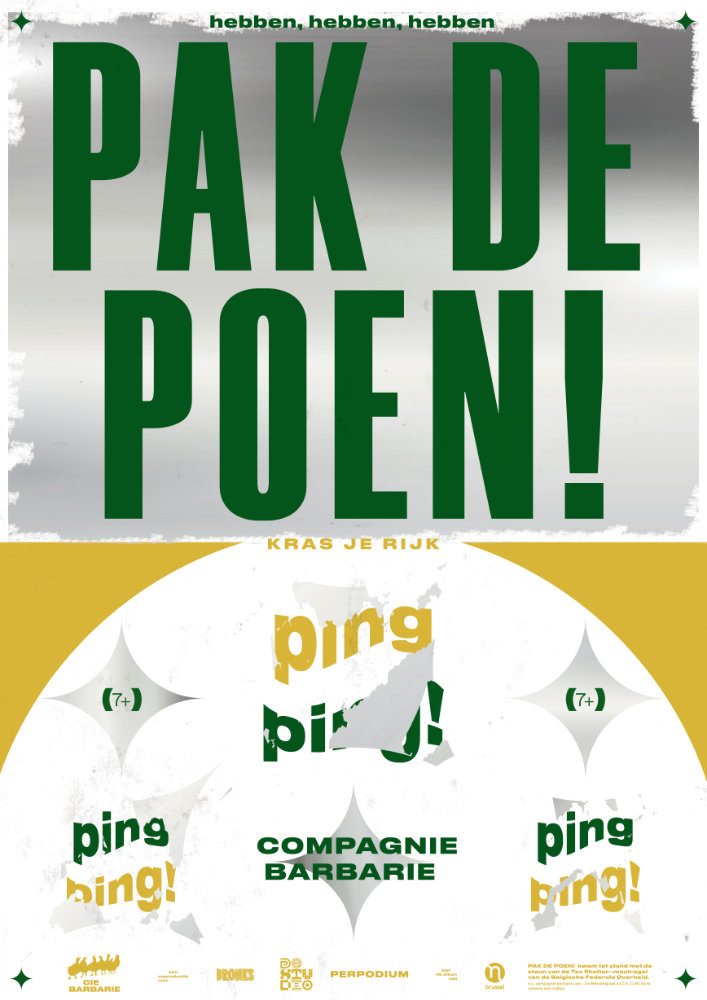