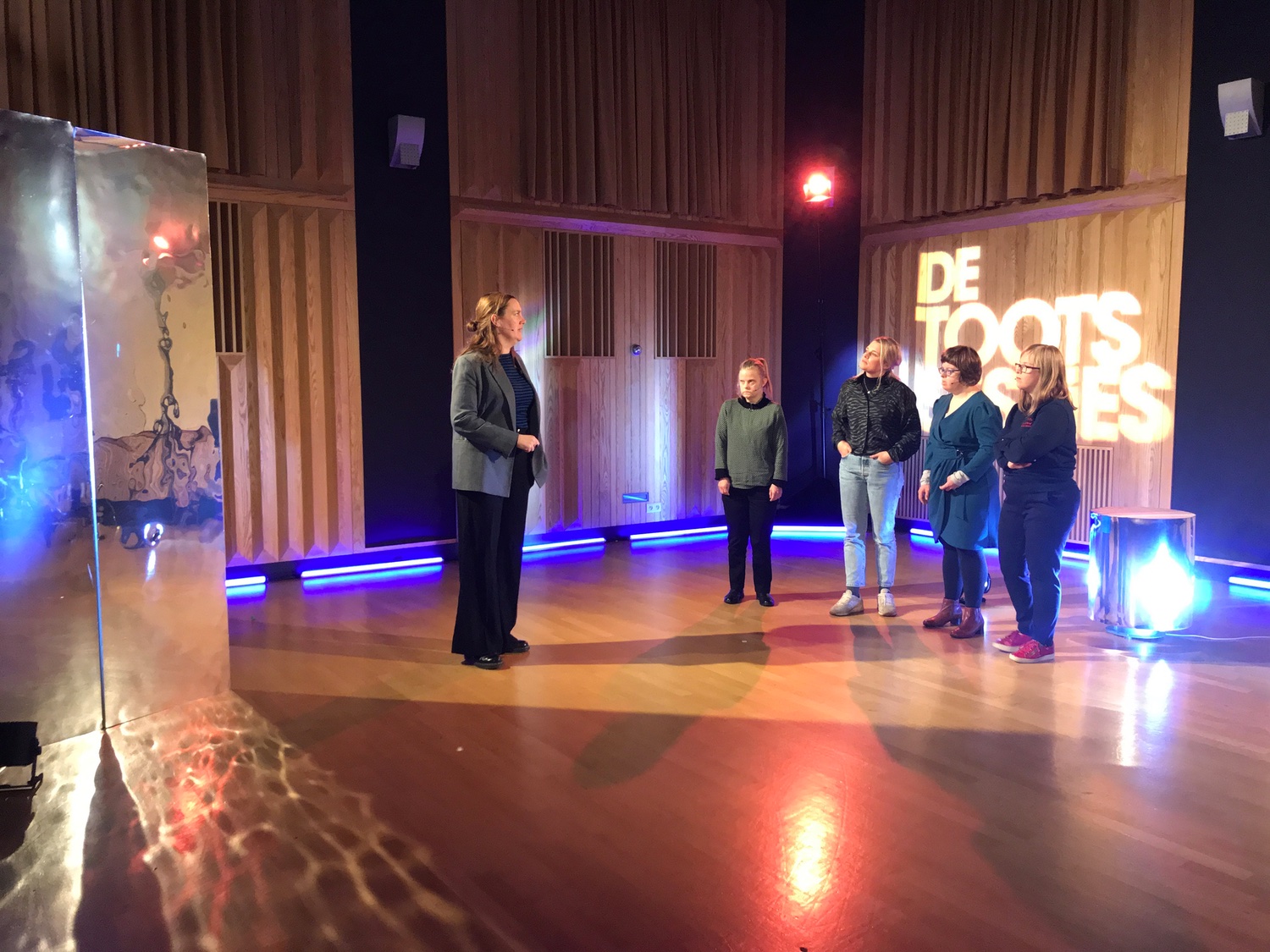 Compagnie Barbarie and Theater Stap at the Toots Sessies

Five actors from Company Barbarie.
Six actors from Theater Stap.
That makes eleven players on the scene.
Or uh… Not?
Something strange is going on in Mise en Place.
Above has become below.
And left and right are now together the middle.
But ‘I’ also appears to consist of several parts.
In Mise en Place, Company Barbarie and Theater Stap are lookingCompany to their doppelganger.Company Or double-double-triple doppelganger.
Because in the universe of Mise en Place, ‘I’ does not stop at the limits of one’s own body.
A performance in which the ego makes way for the alter-ego.
“I” is there with more.
‘I’ finds themselves there. Countless versions of themselves, even.
“I” is double.
“I” may never have been alone with myself.
“I” has always been someone else.

In Mise en place we look for the vague border where the self ends and the other begins.