The notion of ‘TIME’ is evident for adults. For children, it’s an incomprehensible convention. In TIME GOES BYE BYE we diametrically oppose two ways of experiencing time: the adult way versus the child’s way. In one world of experience, time constantly seems to disappear into the void, while you’re so much in need of it. In the other world of experience, summer holidays are endless, car rides between Antwerp and Mechelen last eternally plus ten years, parties are over before they started and there’s a persistent plague of adults who keep repeating that being late is wrong! Late! What, late? Is my drawing late? Has autumn suddenly started? Strange creatures. Time is one of the great mysteries that has kept human beings enthralled for ages. And at the end of it, finiteness awaits us.

And that is impossible to understand - neither for children nor for adults. Première on Swellnesday the 34th at a quarter past billion.

A production of cie barbarie and De Studio a coproduction with BRONKS, and Per Podium
. 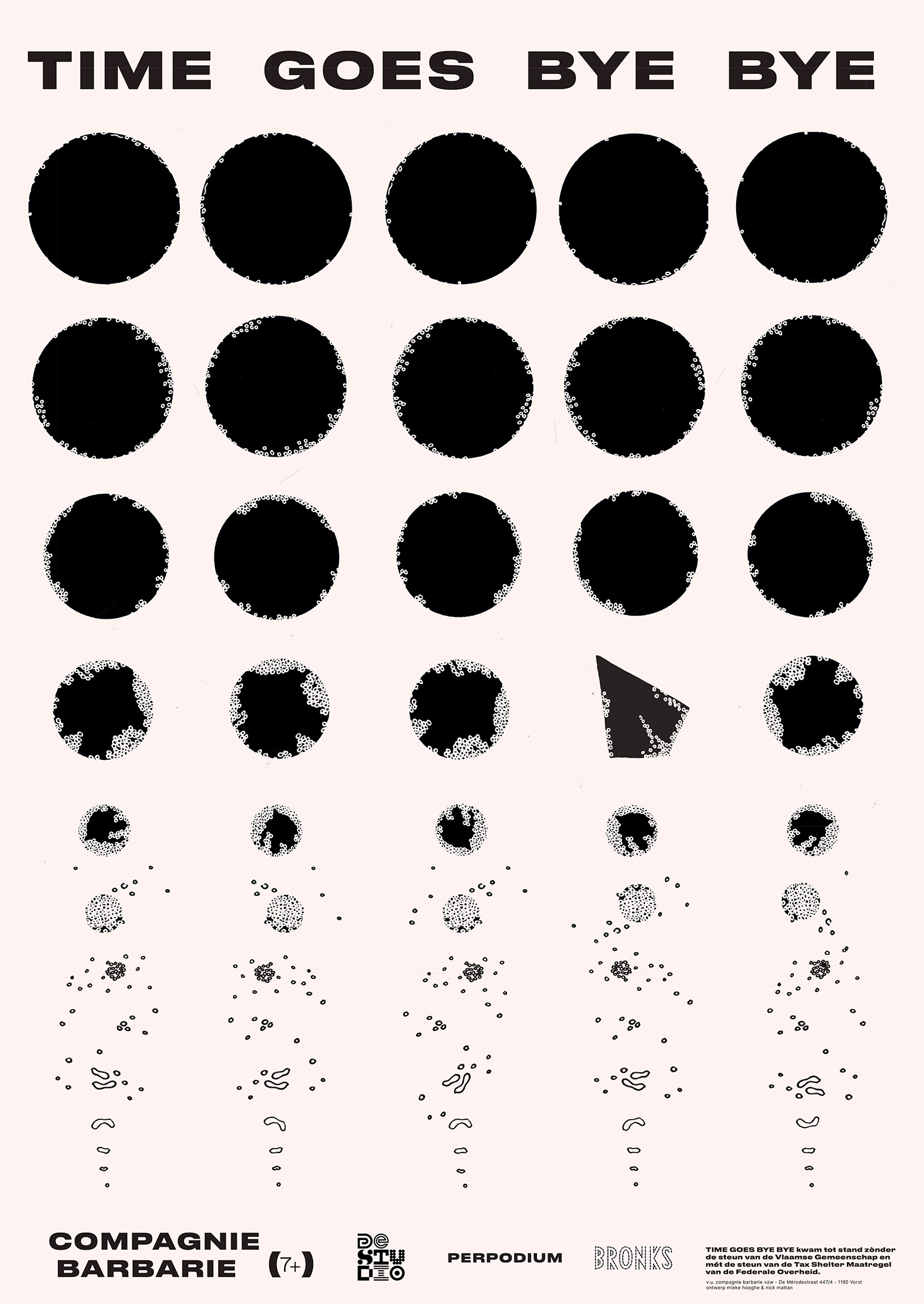